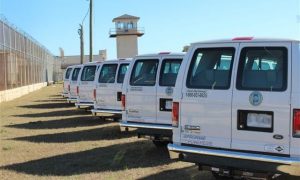 rtment of Corrections (DOC) saves thousands of dollars per year by fueling its vans with propane autogas. The DOC maintains a fleet of 80 mid-size vans. Each van carries up to 15 passengers and is used to transport inmates to job assignments, according to the U.S. Department of Energy.

After learning about propane autogas at a workshop from the Alabama Clean Fuels Coalition in 2012, the agency decided to propose a two-year pilot program, converting 10 of these vans to run on propane autogas.

The pilot launched in 2014 and was a success, with average savings of over $6,000 per van, per year. The vans also averted nearly 130 tons of greenhouse gas emissions during the two-year pilot. As a result, the DOC added 55 propane autogas-powered vans to its fleet in September and plans to expand its use of propane autogas in the future.